In this small article, I will show you how to dye seat bets a darker color, or re-dye your belts the same color for a fresh look. This process only works when going from a light color to a dark color. I am sure this process has been shown on the web before, but I will do it again as it really works well.

I had the belts with the latch, but was missing the other two. I have a big box full of seat bets from all kinds of classic Fords that I have collected over the years, and I found the two missing belts that I needed, but they were a tan color and I needed black. I like the look of the original Ford belts and hardware so I decided to dye the tan belts to match, as well as re-dye the black belts so they would look fresh and new.Here are the belts I was going to dye, the black belt was a little faded, and the tan one was the wrong color: 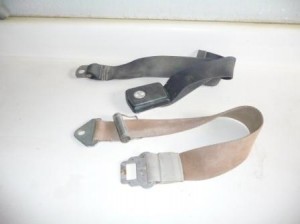 The belts are cleaned with hot water and soap and left to dry: 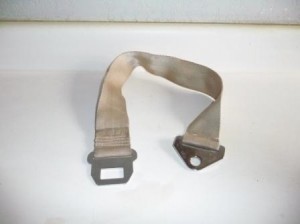 You will need some lacquer thinner, and a can of whatever color to want to dye your belts. I used enamel paint, but lacquer also works well: 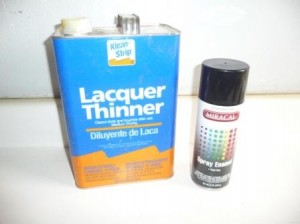 Some lacquer thinner is poured into a shallow container, an old hubcap works well. You only need enough to fully submerge the belt. Let it soak in for a few seconds: 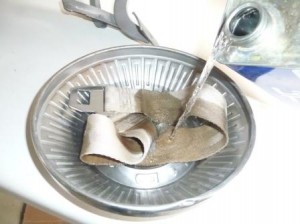 With the belt soaking wet, remove it and hang it somewhere so it can be painted. You can now completely soak it with the spray paint. You don’t want to paint as you normally would with strokes, but you need to depress the nozzle and spray until the belt is completely soaked. The lacquer thinner will let the paint soak in to every nook and cranny. Don’t worry about the hardware as it will be cleaned off later: 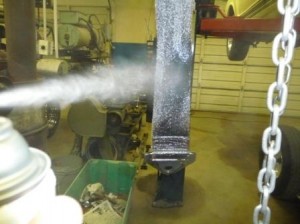 Once dry, the hardware can be cleaned off with some lacquer thinner on a rag: 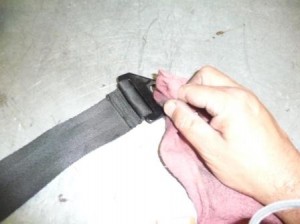 The finished belts look new and the dye job will not come off. The tan belt is now completely black, and the original black belt looks new. The lacquer and thinner will not hurt the belts. I have used this method for years with great results every time: